The Evolution of Sexism within the Western Gazette

The Evolution of Sexism within the Western Gazette 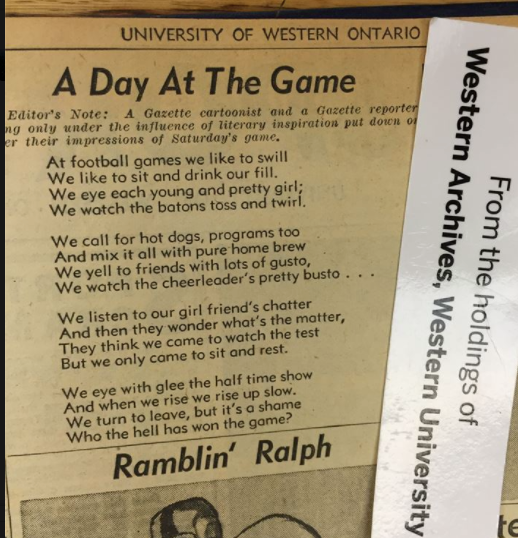 A song published in the Gazette in 1955 illustrating a day at the football game.  It describes attending the event as an opportunity to “Eye each young and pretty girl; We watch the batons toss and twirl.” Not paying attention to the game, but to the girls and the drinks. 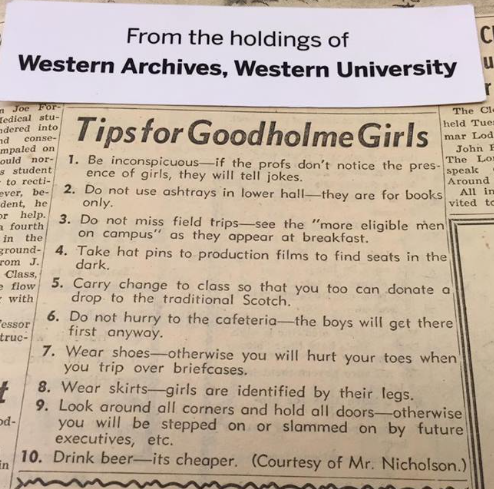 An article published in 1956 giving 10 steps and tips to girls to being the perfect “goodholme girl.” The article lists how a girl is to dress and how to stay inconspicuous. This article places the woman as a prop for men, and exemplifies how they were viewed by the male students. They are described as clumsy and unimportant. 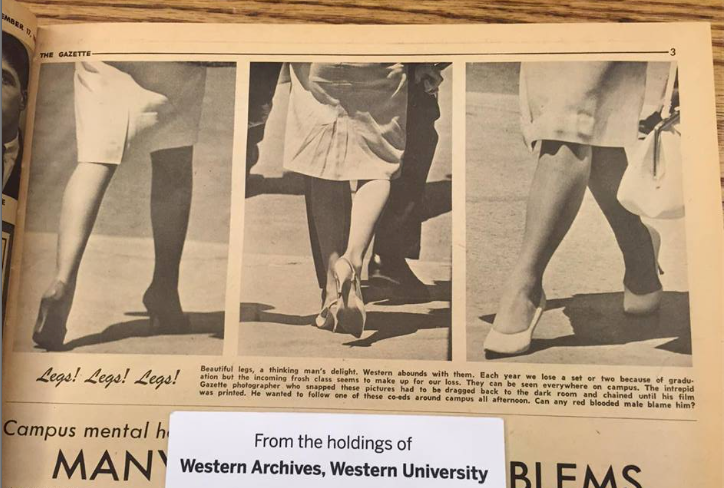 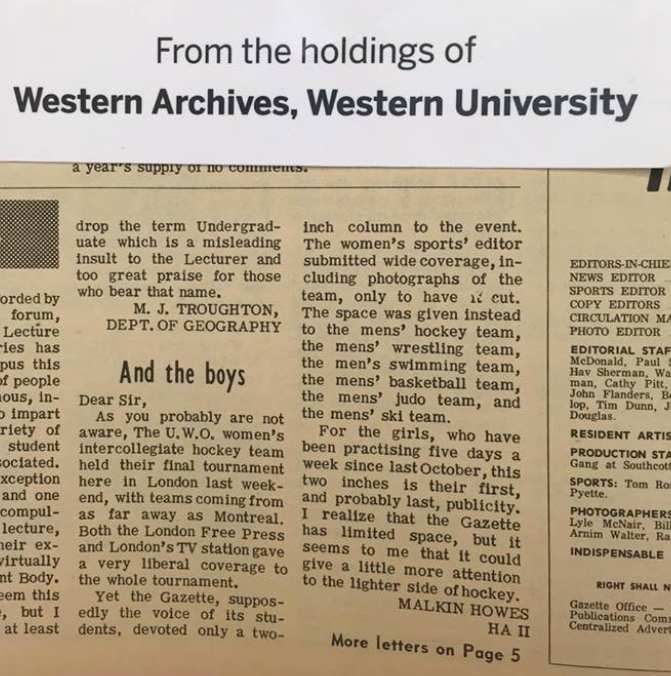 1966 – Letter to the editor from the Women’s Hockey team

A letter to the editor from the woman’s hockey team illustrates their outrage that their team’s success was not acknowledged in the Gazette. They explain that they have won many awards, and yet only the men’s sports teams are given acknowledgment in the Gazette. 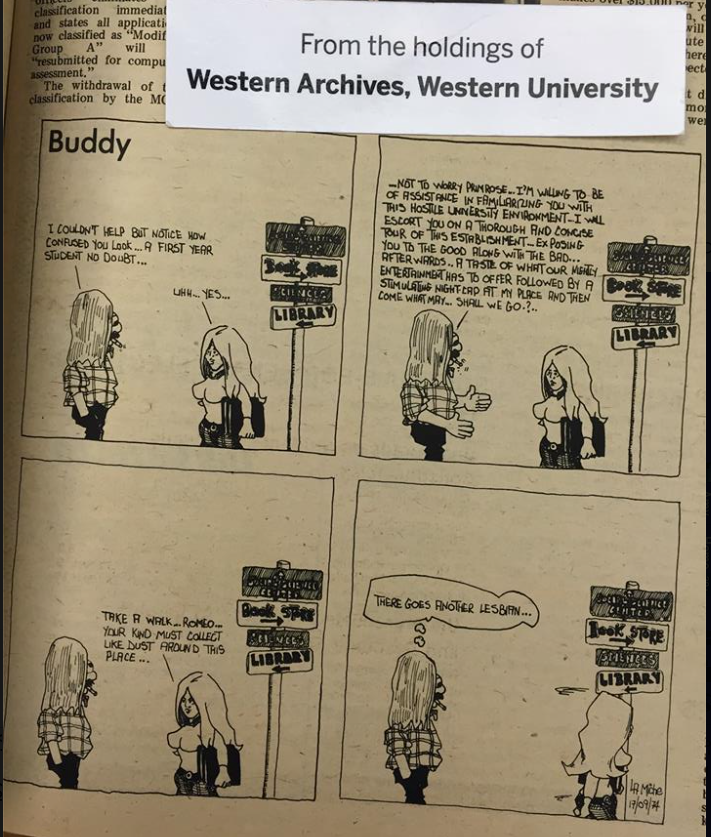 This comic strip objectifies women and encourages people to take advantage of new students. The talk of familiarizing her with the ‘hostile university environment’ relates to the notion of separate gender roles in which women are seen as too weak and frail for the public sphere.

This is a song from the Toike Oike, an engineering newspaper criticized many times for its discrimination toward women. This particular song pokes fun at feminist student campaigns, and attempts to render their sexism as ‘funny’, rather than offensive. 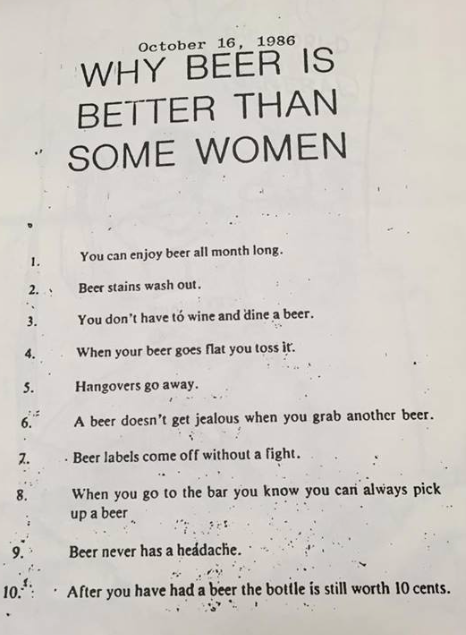 This segment from the Gazette relegates women’s worth less than that of a bottle of beer. Although this may seem funny and just a ‘joke’ upon first glance, this is one section among many in the newspaper that expresses and encourages gender inequality. 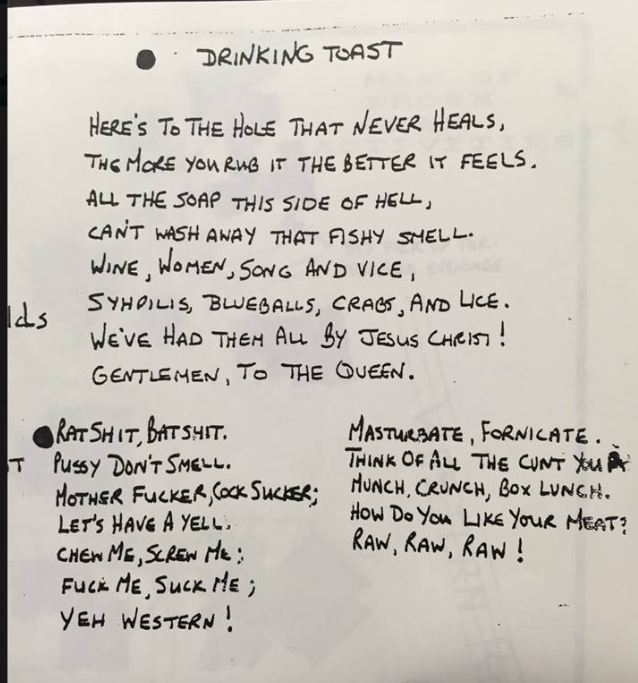 This is an example of one of the many toasts that engineering students are encouraged to recite during Frosh week, and the rest of their time at Western. Although this is taken directly from an engineering pamphlet, there are many other instances of this in other academic departments. The constant performativity and repetition of these drinking toasts make these seem normal, diminishing the initial shock factor. The fact that these were sung, and even published in a student paper is abominable and simply inexcusable. 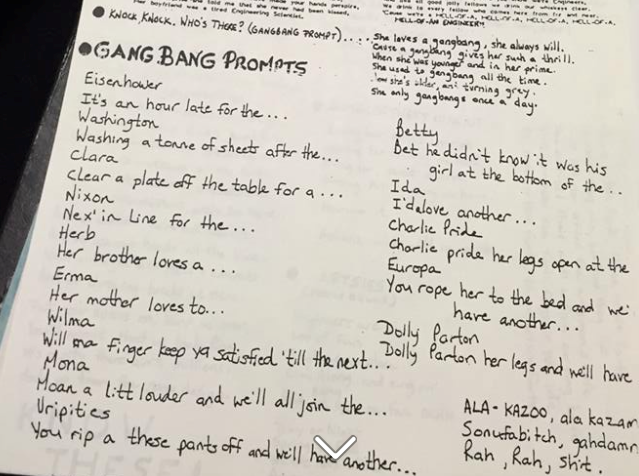 The fact that this is from 1993, as with the drinking toast picture, illustrates the embeddedness and prevalence of this thought. These are very disturbing and shocking when read for the first time, yet they were spread around the University, with students being encouraged to learn them. The perpetuation and encouragement of sexual harassment on Western’s campus needs to be exposed. 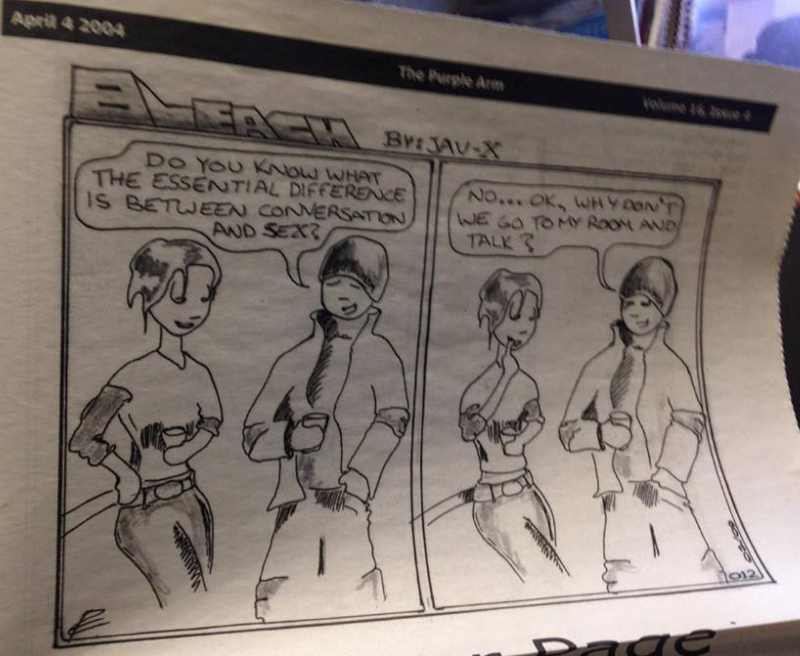 This cartoon is one of many that constantly appear throughout the magazine. Sexual objectification and harassment is commonplace, yet these are often overlooked or considered ‘jokes’. These sketches cause offence to many people, bringing this to light is one of the many aims of this project. 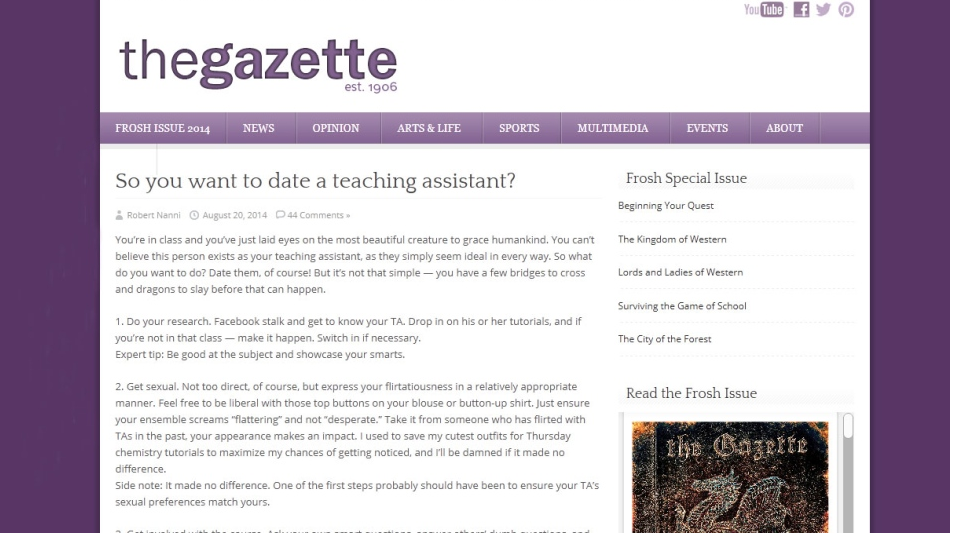 This particular article illustrates the prominence of this issue today, due to it being written such a short time ago. It could be expected (but not accepted) in the 1950s, but certainly not in 2014. This exact issue is what this project aims to expose. Featured on CTV News, this article offers six tips to successfully date your TA, suggesting Facebook stalking among many other things. This blatant sexual harassment received huge backlash on social media and from many Western students and staff.

This blog is protected by Dave's Spam Karma 2: 10907 Spams eaten and counting...